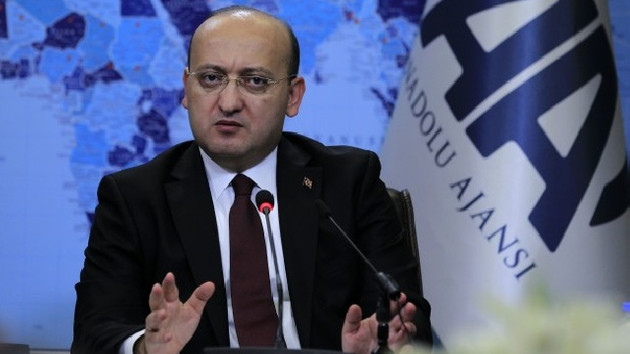 Turkey’s pro-Kurdish party has been duped by enemies of the country’s solution process to end conflict between Ankara and the Kurdish population.

This was the claim made by Turkish Deputy Prime Minister Yalcin Akdogan on Wednesday who said that the Peoples’ Democratic Party (HDP) had been “used” to finish off the solution process between government and the illegal Kurdistan Workers’ Party (PKK).

Akdogan told Anadolu Agency’s Editor’s Desk that “supporters of the status quo” had manipulated the HDP into shoving aside Abdullah Ocalan, the PKK leader currently in a Turkish prison.

The HDP – which recently won 80 seats in Turkey’s June 7 general election – has been accused of harboring links to the PKK, which is classified as a terrorist organization by Turkey, the U.S. and European Union.

Akdogan also accused the HDP of delaying a call by Ocalan for the PKK to lay down its arms for three weeks.

A recent wave of violence across Turkey has been sparked by the killing of 32 people in Suruc on July 20 in a suicide bomb attack blamed on Daesh.

The bombing and later deadly attacks on security forces led to a nationwide crackdown on militant groups – primarily Daesh, the PKK and the leftist Revolutionary People's Liberation Party-Front – that have seen hundreds of suspects arrested since July 24.

Turkey has also launched air strikes against the PKK in Iraq and Daesh in Syria.

The violence has raised concerns that the Turkey’s solution process with the PKK has come to an end.

Akdogan said that nobody should try to blame the Turkish government for recent operations, as “the organization [PKK] has said many times: ‘We are breaking the truce.’”