Turkey authorizes use of air base by US-led coalition

Ankara officially allows use of air bases after announcing July 24 that U.S.-led coalition can deploy aircraft at bases inside Turkey 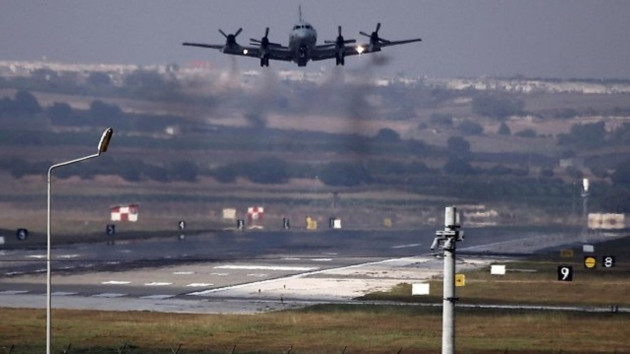 The Turkish Foreign Ministry on Wednesday announced Incirlik Air Base is ready for use in operations by the U.S.-led anti-Daesh coalition.

Spokesman Tanju Bilgic told reporters a cabinet resolution to allow the use of the base by coalition aircraft “has matured”, meaning Incirlik “could be used any time, whenever needed”.

The operation only concerns Daesh and does not include air support for Kurdish People’s Protection Unit’s (YPG) in Syria, Bilgic said.

Asked about U.S. State Department spokesman John Kirby’s remarks that the opening of the base would make U.S. support for ground forces in Syria faster and more effective, Bilgic stressed that Turkey’s agreement with the U.S. concerned the fight against Daesh.

He said: “These remarks by Kirby do not fully represent our agreement with the U.S. Our deal does not include groups that have their own agenda, such as the PYD. This has already been brought to the attention of U.S. authorities. In a background meeting held yesterday, U.S. officials clarified Kirby’s statement and the agreement we struck with the U.S. Within this context, giving air support to the YPG, as Kirby stated, is not one of the elements of our agreement with U.S.”

Turkey first declared it would open Incirlik, in southern Adana province, for manned and unmanned coalition aircraft on July 24.

On Tuesday, U.S. officials said the use of the base would "accelerate, enhance what we’re already doing", and Turkish and U.S. officials would be working in close cooperation.

Turkey recently launched airstrikes against Daesh and the Kurdistan Workers' Party (PKK) militants in Syria and Iraq. On Friday night, Turkish jets bombed PKK camps in northern Iraq for the first time in more than two years. Turkish jets again hit PKK targets inside and outside Turkey on Sunday night and on Tuesday.

The PKK is considered a terrorist organization by Turkey, the EU and U.S. and Turkey believes it has close ties to the YPG.

The airstrikes came as Turkey was hit by a wave of violence following a July 20 suicide bomb attack by a suspected Daesh supporter that killed 32 activists in Suruc.