A senior leader of the outlawed Kurdistan Workers’ Party (PKK) has said the group aims to solve the Kurdish issue politically rather than militarily, and is waiting for “solid steps” from the government in order to end the armed struggle. 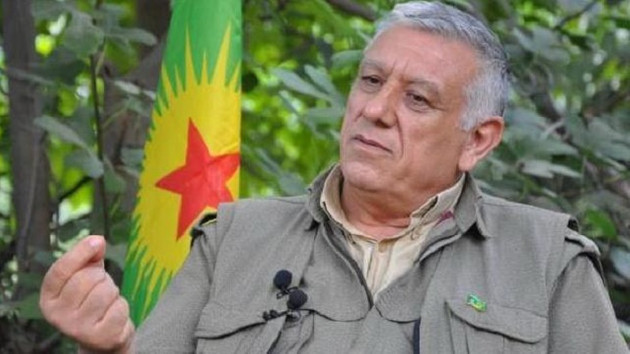 “If Turkey takes steps on its side, we are ready to end the armed struggle today. We have said this multiple times. We openly say that the Kurdish issue should be resolved through politics and not through arms” said Cemil Bayık, the co-chair of the Kurdistan Communities Union (KCK), a supra organization that includes the PKK, during an interview with a web broadcaster Denge TV.

Bayık also said asking Kurds to lay down arms, amid continuous attacks against Kurds in the Middle East, would mean “death” for them, stressing that “laying down arms” and “halting armed clashes” are two different topics.

“Laying down arms and halting armed clashes are two different things. If the PKK bears arms today, it is not because it really wants to use them or is demanding a war. Kurds resorted to armed struggle in order to preserve their existence because [the Turkish state] left Kurds no other way to express themselves” he said.

“Kurds no longer want to carry on the armed struggle, but to solve problems in a democratic way. We have suggested this several times. If the Turkish state develops the mechanisms, we have said we would halt the armed clashes immediately” Bayık added, saying it is the state’s responsibility to develop these mechanisms.

Abdullah Öcalan, the jailed leader of the PKK, urged the PKK to convene an extraordinary congress to “end the 40-year-long armed struggle” against Turkey in a letter read out during the Nevruz celebrations in the southeastern province of Diyarbakır on March 21.

In his letter, Öcalan also stressed the need for a “democratic solution” to Turkey’s Kurdish problem, arguing that the “meaningless and merciless identity wars” were the result of “the neoliberal crisis caused by the imperialist capitalism and its local collaborators.”

He issued his first call on the PKK to declare a ceasefire during Nevruz in 2013, which was followed by a peace process involving negotiations between the government, the Peoples’ Democratic Party (HDP), and Öcalan.