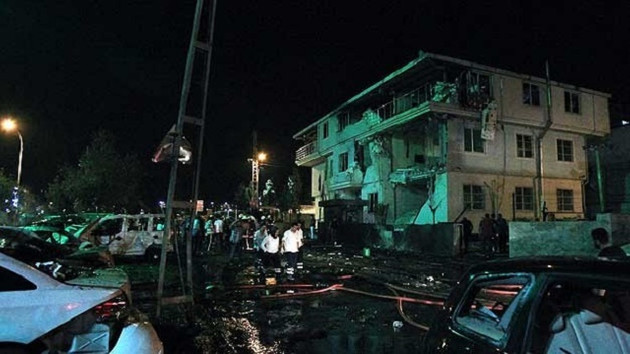 One police officer, who was heavily injured in the gunfight, died later at the hospital, after the assailants opened fire on security forces protecting the police station, according to security sources.

The gunfight followed a bomb attack on the police station at 1 a.m. local time (2200GMT on Sunday).

Police are trying to establish the identities of the killed assailants.

At least 10 people, including three police officers, were injured when a bomb-laden vehicle drove into the Fatih Police Station in Sultanbeyli district.

The wounded were taken to the Sultanbeyli State Hospital.