Gunmen kill 14 inside a social services center in California

California / Nov 3 (DHA) - A mass shooting at a California social services center for the developmentally disabled killed at least 14 and wounded 17 on... 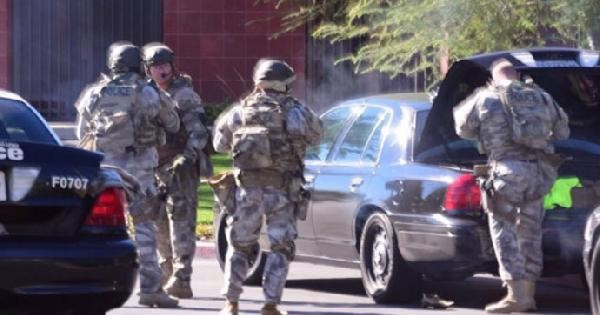 California / Nov 3 (DHA) - A mass shooting at a California social services center for the developmentally disabled killed at least 14 and wounded 17 on Wednesday.

Three gunmen linked to the San Bernardino massacre at the Inland Regional Center fled in a black car for three miles before police brought the vehicle to a halt, the police reported.

Two individuals, one male and one female, were killed in a shootout with security forces. One individual was taken into custody, but police declined to note the individual’s gender.

According to public records, a Syed Farook is employed as an environmental health specialist by the San Bernardino County Health Department, but authorities have not yet said the employee is the same person as the shooter.

Syed Farook and two others, including an unidentified woman, were heavily armed and dressed in dark, tactical gear when they charged into the office building, unleashing a barrage of bullets, law enforcement sources said.