A policeman has been slightly injured in a gun attack on a security post near Istanbul's Dolmabahce Palace on Wednesday, security sources said. 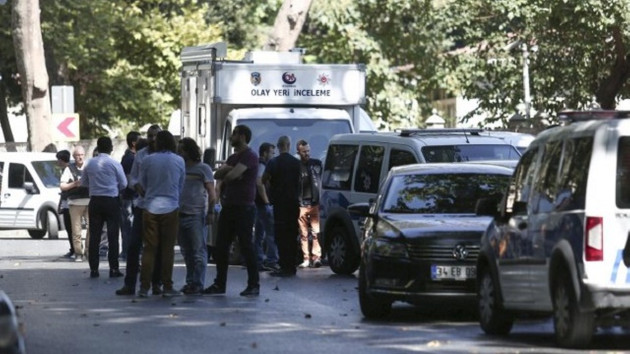 Two suspected attackers were detained near the German Consulate in Gumussuyu neighborhood in Besiktas district, the sources added.

Police is on the lookout for at least one more suspect. Police said they believed the suspects are members to the far-left Revolutionary People's Liberation Party-Front (DHKP-C).

The attackers are believed to be the same who carried out an armed attack against the Justice and Development (AK) Party Istanbul headquarters in Beyoglu district on Aug. 8, 2015, the Istanbul Governor's Office said in a statement.

Security forces launched an investigation after the attack -- the second such incident since January 2015, when a man was arrested after throwing a grenade and shooting at a police booth in front of theDolmabahce Palace, near the Prime Minister’s Office in the same district.