Edward Snowden is a familiar name to us all. He is the poster boy for anyone paranoid of privacy breaches and data collecting in the age of social media and technology, having shown that their paranoia is more than justified. He is the hero for all intimidated from the increasing power of the states that are at once abusive and hostile... 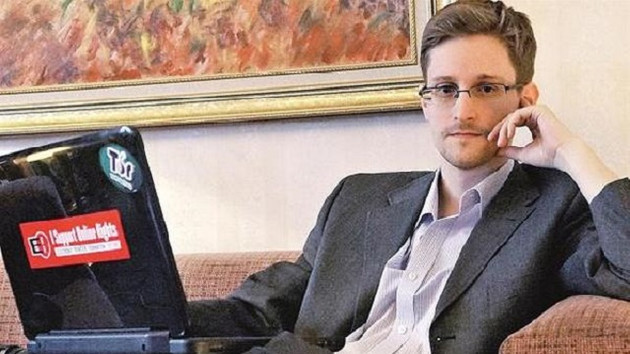 Edward Snowden, the former U.S. National Security Agency (NSA) intelligence analyst, made headlines in the summer of 2013 when he leaked top-secret, classified information on the agency’s surveillance programs to documentary maker Laura Poitras and then Guardian journalist Glenn Greenwald, with Greenwald turning the leaked information into a series of news stories that sent shock waves across the world.

Like his name, his face is all too familiar from a plethora of news photos, masks on the faces of hundreds of activists across the world and stylized posters deeming him a hero of the millennium. Not long before Edward Snowden became a globally-recognized name, he initiated his plan to disclose information on the illegal wiretapping practices of the NSA through contacting filmmaker Poitras.

Through encrypted email and as an anonymous source, Snowden told Poitras that he wanted to meet journalist Greenwald and disclose some top-secret information that the filmmaker and the journalist could disseminate in whatever way they chose. In June 2013, Poitras, along with Greenwald and the Guardian’s intelligence officer, Ewen MacAskill, went to Hong Kong to meet with this anonymous source who had previously identified himself as “Citizen four.”

From ‘Citizen four’ to ‘Citizenfour’

Poitras’ Oscar winning documentary “Citizenfour,” playing in Turkish theaters now, is the footage of the four days in a Hong Kong hotel room when Poitras directed her camera at Snowden as the two journalists interviewed him, and the subsequent avalanche of events when, first, the information Snowden provided, and soon after, his identity, were disclosed.

While a mere meticulous editing of these historic conversations could have been sufficient for a documentary on Snowden, Laura Poitras makes sure that her film is built on dramatic tension that is worthy of its subject. The whole 114 minutes of “Citizenfour” plays like a feature thriller, at times like a John le Carré adaptation, at other times, a character drama relying on the charm of its protagonist and how he keeps his composure through escalating tension.

The information Snowden discloses on the data mining practices of the U.S. and the U.K. into every phone call, email and Internet activity is simply mind blowing. “We are building the biggest weapon for oppression in the history of mankind,” says Snowden in one scene. His unassuming persona, coupled with his commitment and bravery, makes him one of the most memorable screen characters. Poitras’ detachment as a filmmaker from its subject (most of the time, we are unaware that someone is filming the whole ordeal) takes “Citizenfour” to an even more haunting effect.

While the practices of a couple of other countries on data mining and information laws are mentioned in “Citizenfour,” Turkey is not one of them. But the implications of what Snowden is saying throughout the film are very clear: Nobody in the world who is using modern technologies goes unharmed and everybody using a computer or a smart phone is open to privacy breach.

The controversial law now provides the government the authority to keep records of all user activities for up to two years. With the authorities changing hands, Internet content can be blocked and removed immediately by the Telecommunications Directorate (TİB). It’s becoming a common practice to block websites, including the recent shutdown of Facebook, Twitter and YouTube, albeit for a short period of time.

Government and public officials, with even more fervor as the June general elections approach, are making sure that more social media users are prosecuted either under anti-terror laws or laws criminalizing “insults.” Data mining is legal to a certain extent, implying that the illegal forms of this data mining is most likely not far from regular practices in Turkey as well. Welcome to 1984!