As G-20 Summit to be held in Turkey’s southern Antalya province approaches, preperations have been boosted to host leaders from 20 countries with the largest economy across the globe. 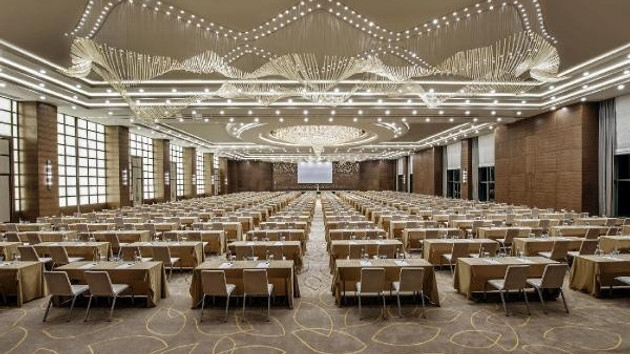 On November 15-16, world powers including Barack Obama, Angela Merkel and Vladimir Putin, along with other leaders and delegations, will be hosted in around 28 hotels, in areas with high security measures.

Leaders will be making critical decisions for world-debated problems in the Regnum Carya Golf & SPA Resort, at the ‘Carya’ hall of 2,000 m2. For security purposes, information on which leaders and which hotels were matched was not released.

Police to take over control in gendarmerie-forced area

Works have been carried out in run up to November in Belek region of Antalya, and 29 five-star hotels spotted for world leaders in an area– named ‘the red region’ were organized. Accordingly, B-20 , Y-20, L-20, W-20, T-20 and C-20 representatives will be received in 18 hotels for meetings.

Hundreds of city surveillance cameras were placed at the 40-kilometer-long highway between Antalya Airport and Belek, while landscape and planting works have been carried out by women residing in the region.

A large area in the airport will be closed to airspace, while alternative ways to reach the province such as sea travel will be improved. The VIP room at the Antalya Airport has aslo been under construction, from top to bottom, within the preparations. Police officers have taken over charge from the gendarmerie.

Where will Obama stay?

One of the top questions is where Obama is set to stay during the summit. Although a clear answer has not been given by officials, Obama is expected to stay at a U.S. warship, while he was thought to be residing in a luxurious villa constructed for the summit, with shot-proof windows. The 3,500-m2-wide Crown Villa where President Erdoğan is also expected to stay, costing around 10,000 dollars per night.

The Crown Villa has a bedroom of 180 m2, along with 4 others, and SPA center, Jacuzzi massage room, a swimming room with special heating, and private staff, along with many other luxurious facilities.