The Governorate of southeastern province of Tunceli has announced that some 14 regions, including 7 in the city center and the remaining in Ovacık, Hozat, Çemişgezek, Mazgirt and Nazimiye districts, have been declared military security zones. 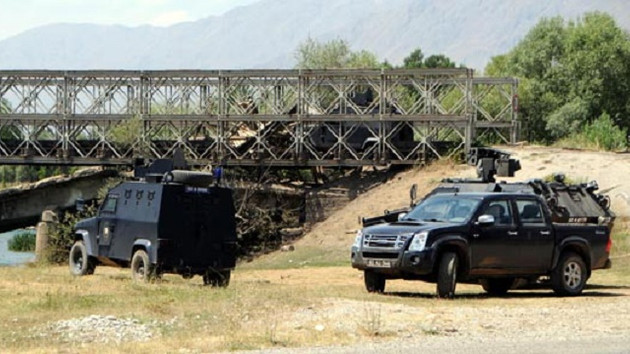 The Kurdistan Workers Party (PKK) cemetery that is located near the Village of Alacık between Tunceli and Pülümür districts was also included in these zones.

Tunceli Governorate made a written statement urging between 4-19 August, civilians would not be allowed to enter these zones.

“Recent terror acts of the separatist terrorist organization and other terrorist organizations have began to affect the social and economic development of our province. In order to protect our state and nation from all kinds of terrorist threats and to secure the public order and safety, the necessary measures will be taken within the frame of relevant legislation” said the statement.

Ağrı and Tendürek mountains known as the two key nests of PKK members have been also declared “temporary military security zones” for 15 days, in respect to oncoming operations to be held.